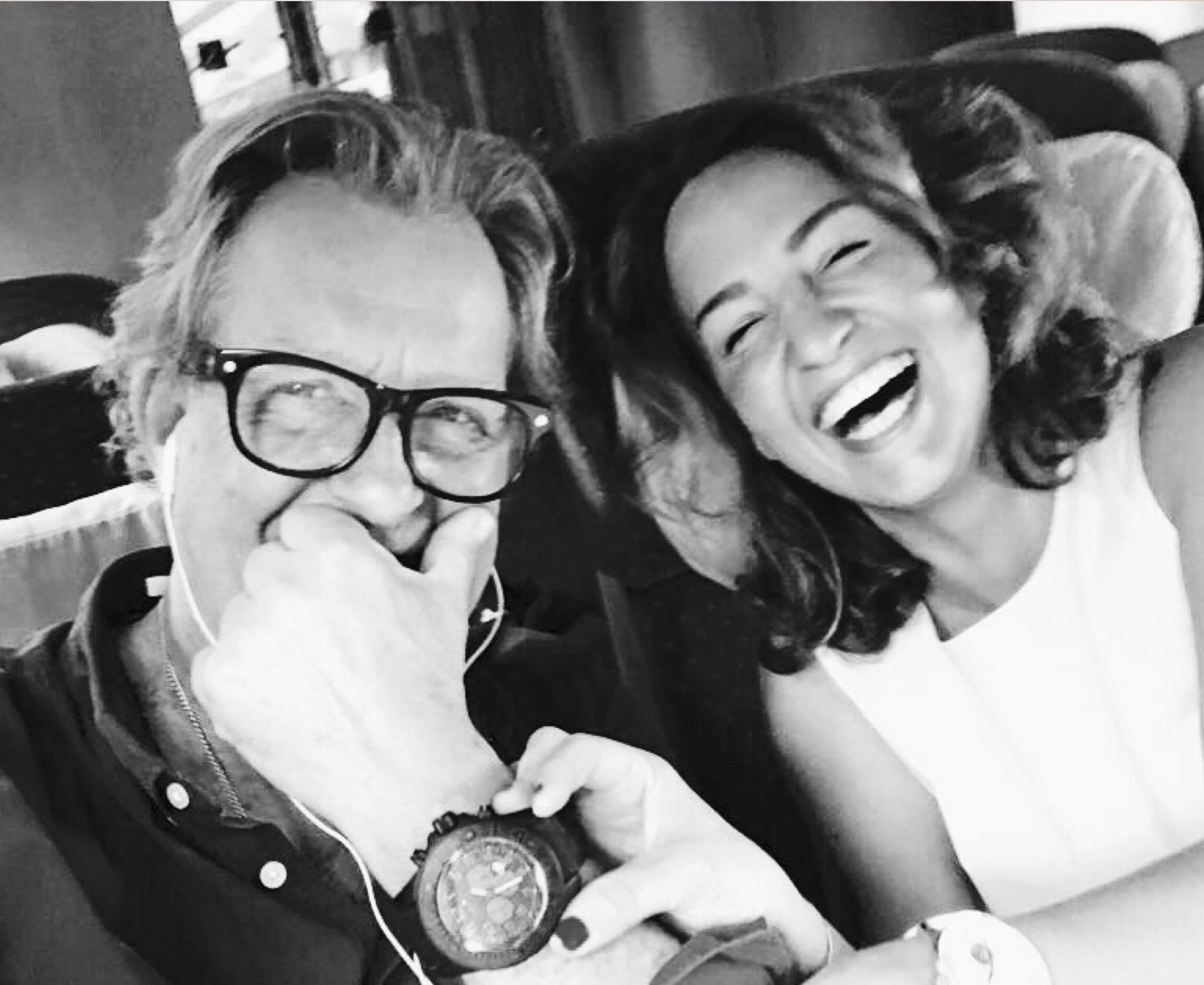 Anna Panchenko and Dick Symons seemingly born in different worlds. Anna raised in Vienna (Austria), while Dick was raised in the Netherlands and later in France (Lyon). They met each-other in 2012 on the beach in the South of France. At the time Anna lived in Italy (Modena). Their common love and passion for fashion, music and dance brought them together as partners in love and business and settled in Austria (Vienna).

From there they moved to The Hague and later to Florida to work and develop Symons’ creations for the brand called Kyboe (watches, jewelry and sunglasses)
Returning to Holland in 2018 they launched their new brand Symons & Panchenko.
Colorful, aerodynamically curved, stylish watches were followed by silver bracelets and rings in 2021.

Symons’ creations were the first featured on a Red Carpet Catwalk during the NY Fashion Show ! in 2016 and are sold worldwide in jewelry shops, trendy boutiques and high-end fashion stores like Saks Fifth Avenue.

Mostly in major cities around the world as well as some funn places including Ibiza, Mykonos, Sardinia, Capri, Mauritius, St Tropez, Portofino, St Bath and Ambergris a private island and part of the Turks and Caicos Islands.

Welcome to Symons & Panchenko.
The Hague, The Netherlands